This is my latest piece for Stupid Americans FC. The site seems to have gone a bit quiet so I've added it here before my predictions are irrelevant 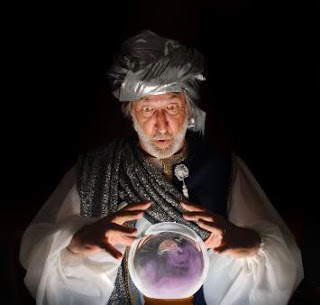 With the news that I am finally defeating the best minds that America can offer and am proudly sitting atop the Stupid Americans prediction league I thought I’d let the cascades of adulation go to my head and offer up a few more predictions for the coming months. You can accept these as fact. The table doesn’t lie.

1.  Manchester United will qualify for the Champions League. There is a lot of grumbling coming out of Old Trafford and some fans are questioning whether ‘The Chosen One’ should become ‘The Unemployed One’. Apart from the fact that United’s form has improved over the last few weeks, Man United just have too much experience. I’m not saying that there are not problems that the club have to face - and quickly - but I can see them limping over the line come May. A disappointment for the fans sure, and an unwanted qualifying round in next season’s Champions League, but qualification all the same. And what’s more they’ll do it at the expense of Liverpool. Which leads me onto…

2. Liverpool will have the top goal scorer in the league in the guise of the ever lovable Luis Suarez. But only qualifying for the Europa League will give the Uruguayan enough reason to head to sunnier climes. But for A LOT of cash. If this happens (and of course it will, I just said it would) it will be interesting to see how they spend the money.

3. Celtic and Rangers will win their respective leagues. Yeah, I know, hardly fucking Nostradamus with this one. But I predict them both to win without losing a single match. Even with the re-emergence of other clubs such as Dundee United that still paints a sorry picture for the standard of Scottish football.

4.  Brazil will win the World Cup. It should actually be a fairly open tournament with a number of sides able to feel pretty confident of their chances. Home field advantage will tell though. Look out for Uruguay and Colombia to perform well but fall foul of tough draws. The reign of Spain will end and the less said about England the better (hopefully the British press will heed this too).

5. And finally, someone with deep pockets and not much sense will spot the brilliance of my writing and offer to pay for an extended research trip studying the emergence of fan power and supporter-owned football clubs in America. Oh well, worth a go…
Posted by Dan Roberts at 04:10 No comments:

Discovered an excellent new site yesterday that takes a look at a sorely under-reported part of the football experience - nonleaguechips.tumblr.com. Good work sir! Reminded me of days gone by when a colleague and I wrote a page for the Chesham United matchday programme rating half time burgers throughout the non league world under the nom de plume, Hat-trick Burger (a cunningly hilarious play on a former footballer's name I think you'll agree). Here's a piece I wrote about those times a while ago for Late Tackle magazine - 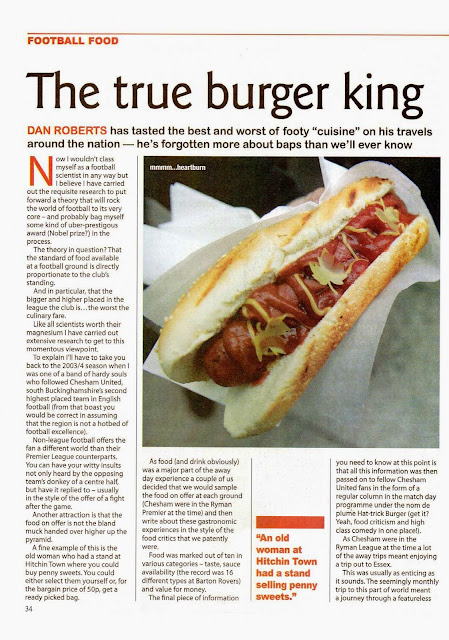 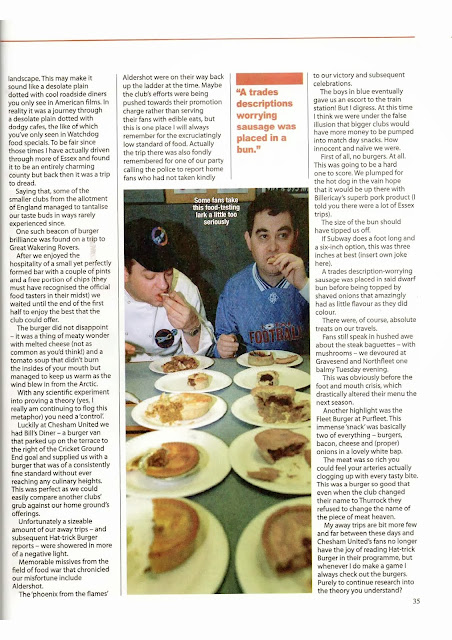