We're only at the end of the group stage but already this World Cup has surpassed expectations and provided some great memories. Here are some of my favourite moments so far...

Holland's demolition of Spain Although not the first game of the finals, Holland's thrashing of the all conquering Spanish side set the tone for the tournament 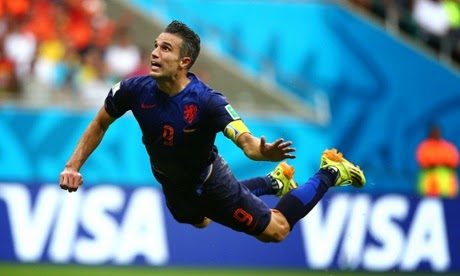 Pirlo's free kick against England Joe Hart rooted to the ground as Pirlo (who, along with the entire Italian team, had an otherwise unmemorable tournament) struck a ball that swerved and swayed until it crashed off the crossbar. Hopefully the rumours that talk of his retirement was premature are true

Costa Rica Before the tournament started the best thing anyone said about them was that they might not be as rubbish as everyone thought. Then they won the group after outclassing Uruguay and Italy 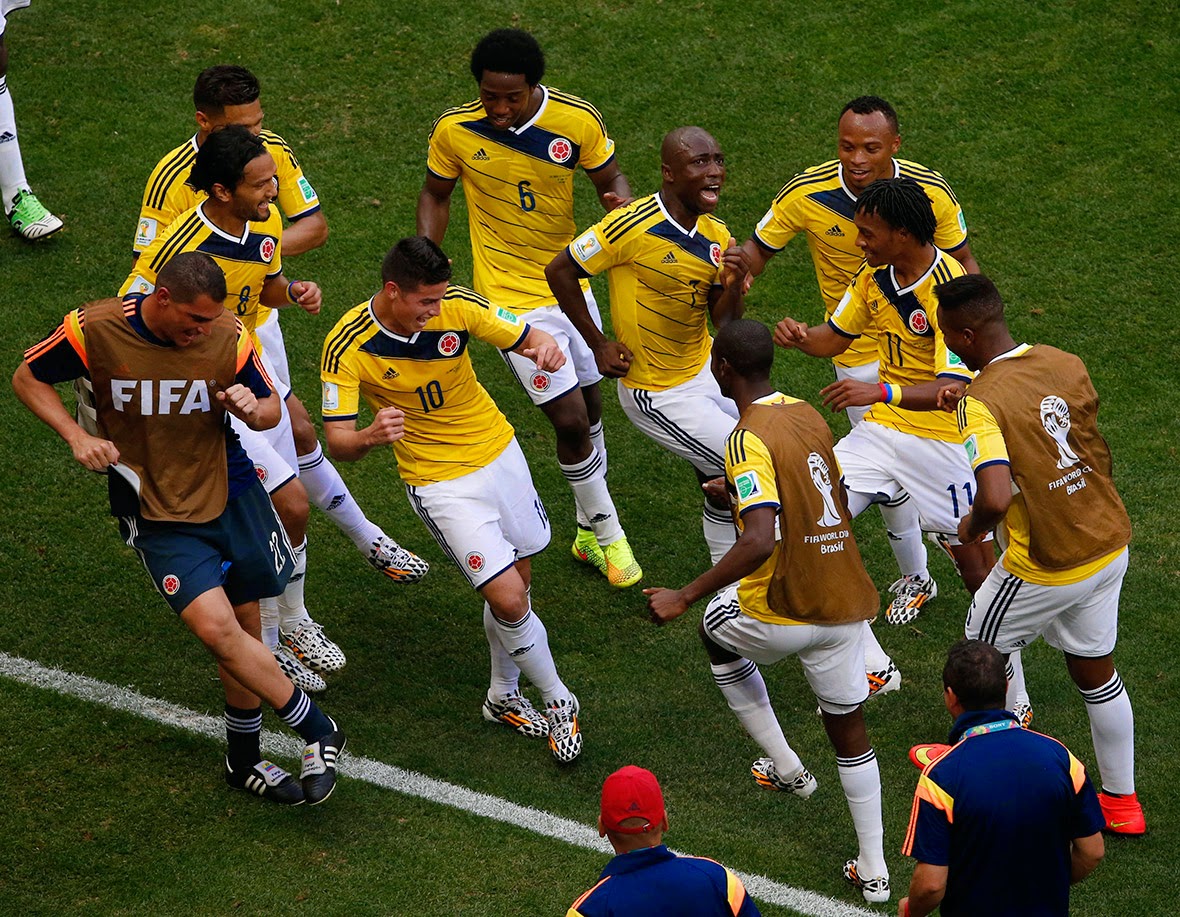 Cahill's goal Australia were not expected to do much in a group with Spain, Holland and Chile but Cahill's left foot volley made their trip worthwhile. An excellent swansong for the New York Red Bulls striker in his final appearance at a finals

France's goal-fest against Switzerland Maybe Deschamps was right to leave out the disruptive Nasri. France have played - and scored - as a team. The rout of Switzerland being the best example so far. Not that I saw most of it however, I was busy trying to explain to my distraught three year old where his snowman had gone. A snowman we made in March 2013. It's a long story...

GOALS!!! We didn't even have a draw until the 14th match and there's only been five 0-0 stalemates in the entire group stage. The age of conservatism is dead

Algeria qualifying The elation of the Algerian fans and players as they drew their final game against Russia, to go through to the second round for the first time in their history was yet another example of the uplifting nature of this World Cup. The fact that they now face Germany and have a chance to avenge 'the disgrace of Gijon' is proof of footballing gods. They won't win next week though. Will they? 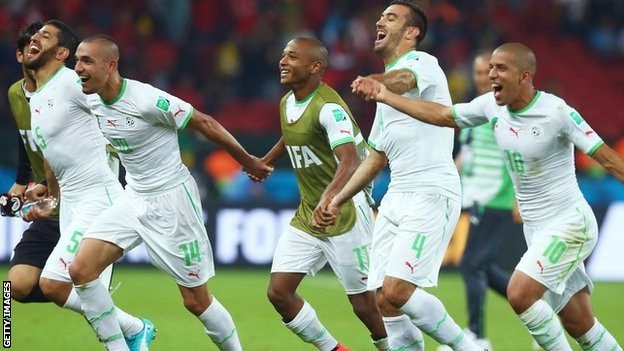 I miss the exciting, skillful Cameroon. They didn't turn up in Brazil so I wrote this for Sabotage Times: 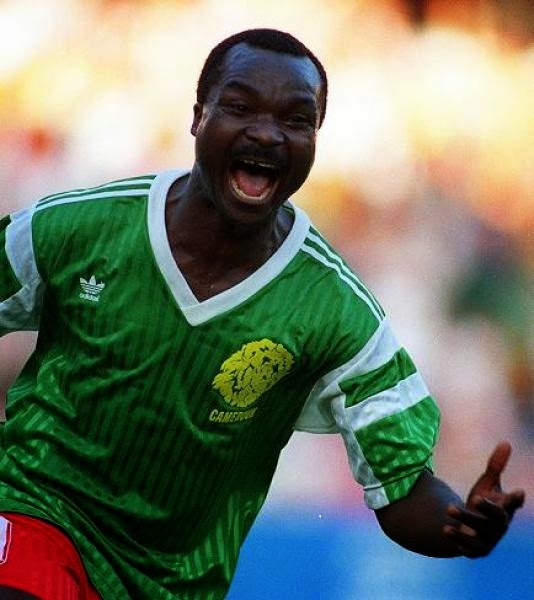 We’re almost there. It’s so close. Four years of waiting are almost over. The World Cup is upon us. Some of the usual signs haven’t been as evident this time around – there has been a distinct lack of St George flags in windows – but the pubs have now finally got into the mood with their various flag displays (and where exactly can you buy a Costa Rica flag in this country?).

I love a World Cup. Even with corruption and bribery accusations, cosseted footballers and ignorant television pundits, you just can’t beat this wonderful tournament that comes around just once every four years. From the giants of Brazil and Spain to the comparative minnows of Honduras and Iran, they have all now arrived in South America to compete for the ultimate prize in football.

I wish I could be there to experience it first-hand but for the next month I will be able to watch up to three matches a day (until those horrible football-less hours later in the tournament) from arguably the ‘real’ home of football. There will be the players and sides that we are all used to, but for me the World Cup is as much about watching Algeria, Ecuador and Bosnia as it is England, Germany and Holland. It sounds like – and is – a cliché but it really is a festival of football. Media pundits may suggest that some players are more interested in their clubs and the personal fortunes they bring them but for millions around the globe the World Cup is the pinnacle. And to have it in Brazil just accentuates the gloriousness of it all. Everyone is aware of the potential for the justified protests and demonstrations – spending so much on a sports tournament when the money could go towards much needed social provisions borders on the obscene – but still we are drawn to this most magical of competitions.

There are so many World Cup memories. From the grace and class of Brazil in 1982, to watching games before school in 1986, the England penalties of 1990, actually being at two matches in America in 1994, French dominance and Brazilian capitulation in 1998, more breakfast matches in 2002 before the carnival of 2006 and Africa hosting their first ever World Cup in 2010. I have loved every single one. I have no doubt that this year’s edition will evoke great memories in years to come.

The World Cup for me is the most enduring of spectacles and there is nothing Sepp Blatter, xenophobic fans or prima donna footballers can do to ever change that. 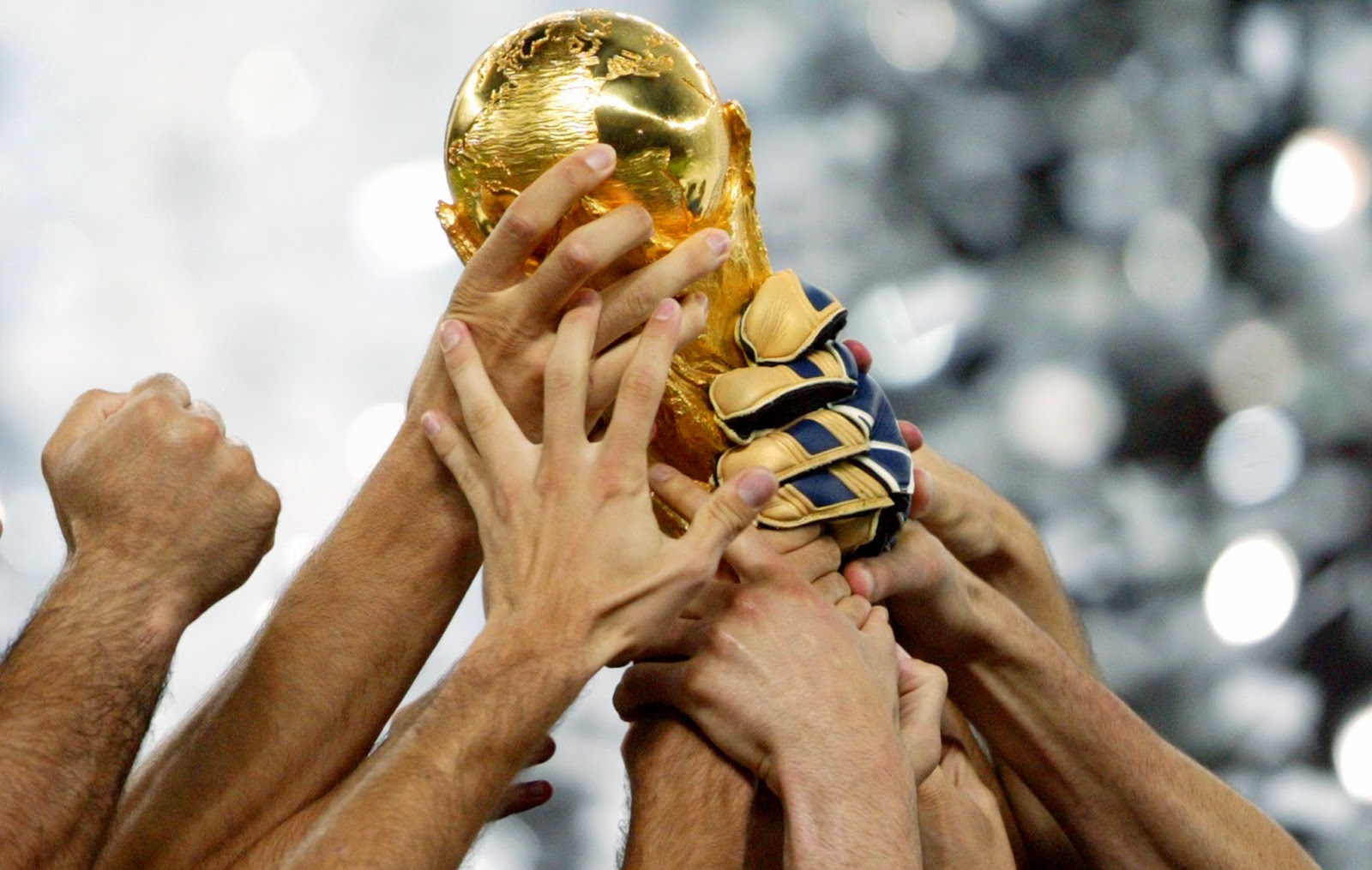