No Ronaldo tears yet. Shocked into the game by an early Polish goal, Portugal eventually go through to the semi finals on penalties.

Ronaldo is still misfiring, slapping his thighs and shouting to the heavens but his side are through to their fourth semi final in five European Championships and will now think that they can go all the way. 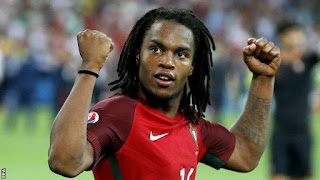 Poland had the best possible start with Robert Lewandowski finally scoring within two minutes of the kick off. A long ball was hopelessly misjudged by Cedric Soares, allowing the very impressive Grosicki to put a low cross into the six yard box where the Bayern man was able to direct it past Rui Patricio and into the net.

Portugal looked stunned and for the next ten minutes or so Poland piled on the pressure having a few more good chances without adding to the score. Then it all calmed down a little bit and Portugal took control. Renato Sanches in particular orchestrated the play from the middle of the pitch and looked like he was worth every penny that Bayern Munich paid Benfica for him. 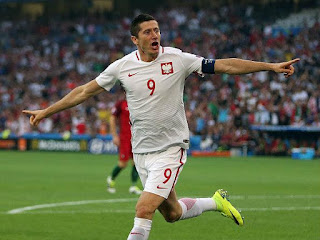 And it was no surprise that it was Sanches that drew Portugal level just after the half hour mark. Cutting in from the right, Sanches played a neat one two with Nani and curled a shot from the edge of the box - via a slight deflection - into the net. It was nothing more than Portugal deserved but both sides had looked good and pleasantly surprised most viewers expecting a dull game.

Those expectations, unfortunately, were to be met - and then exceeded - as the game went on. The second half was most notable for Ronaldo reverting to the way he performed in the first two games of the group stage - and another pitch invader.

Ronaldo made a mess of one through ball in particular when he missed the ball completely attempting to shoot - an action that perfectly summed up the second half of the match. Poland looked more confident of the tie going to penalties while everyone else sat through a turgid extra time period.

After three penalties each both sides hadn't missed but then Blaszczykowski - the hero in the match against Switzerland - had his effort saved at full stretch by Rui Patricio. Next up was Quaresma, who had come on for the woeful Joao Mario, and the rejuvenated forward swept the ball into the roof of the net to put Portugal through to the semis.

Poland didn't really look like winning the match even after their early goal and the incisive play from Sanches gave Portugal a distinct advantage. Ronaldo still isn't hitting top form though and he will need to do so if they are ultimately going to be victorious. 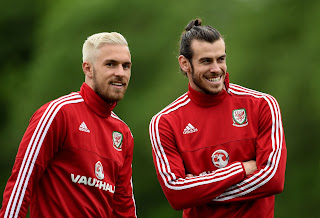 Tonight's match sees Wales face Belgium for what seems like about the hundredth time in the past few seasons. These sides faced each other in qualifying for this tournament where Wales took four points off the Belgian 'golden generation'. But not too much should be read into that. Belgium can be very arrogant in their play and not perform as well as they might if they believe that they have a right to beat a supposed smaller nation. I can't see them playing that way today.

From losing in their first group match, Belgium have clicked into gear and, led by an Eden Hazard showing the form of previous seasons, will be very confident of meeting Portugal in the semi final. But if this tournament has been encapsulated by one theme it has been teamwork and the 'Together Stronger' slogan of Wales is much more than a marketing gimmick.

Although they lost to England, Wales deservedly topped the group by playing to their strengths, teamwork and passion, backed up by some exemplary individual displays. Ramsey and Allen in particular have been outstanding, giving Bale the room to add his little bit of magic. The fact that Bale has not looked at his very best yet shows how well Wales as a whole have played - and how much Belgium should worry that he hits his stride tonight,

Although I obviously would love for Wales to reach the semi finals (even just typing that is incredible) Belgium seem to be back at their best and it will be very tough for Chris Coleman's men. Belgium are missing some vital players in defence so that could be where Wales might win this game. As much as it pains me to say it, I think Belgium will probably nick it but I'm hoping that my standard of predicting matches continues in its usual way tonight!
Posted by Dan Roberts at 04:28